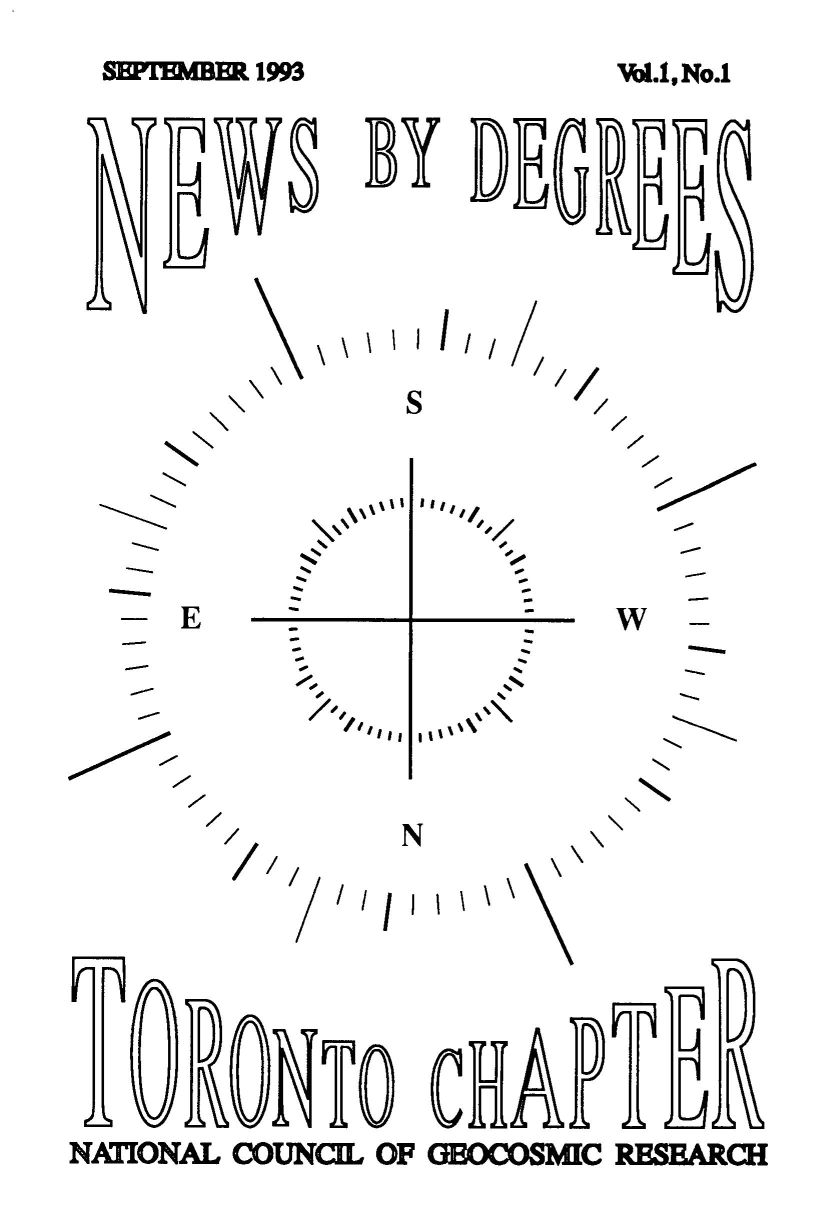 Toronto  Chapter of the National Council of Geocosmic Research

A Toronto Chapter of the National Council of Geocosmic Research was formed out of a special interest group that gathered to study the Degrees of the zodiac. Robin was leading the group at the Star Centre Library (IAO Research Library). It was decided to try and do the research under the wing of NCGR. The group was approved and went forward. Robin became the President of the chapter.

At each meeting a different book on the degrees of the zodiac would be studied. Each person in the group would check out the degree symbols as they related to their chart. Then discussions would be had and the material would become content in the News By Degrees Journal that was published quarterly. Somme of the older systems that seemed absurd at the time, proved to be remarkably valid based on members experiences.

This was much more exciting and interesting than it was expected to be. Over the 27 months of its existence, the group manage to assess 33 different degree systems. Nine journals came out of this work. Toronto members all got free copies.

Unfortunately this caused a political problem for NCGR headquarters in the US. Members were starting to leave their chapters to align with us and get the journal. Headquarters told us that we could not give Toronto members free copies of the Journal, unless we gave a free copy to the complete NCGR membership. We were not able to afford this, and so the Canadian NCGR Chapter ended its affiliation and returned to being a library study group at Star Centre.

The work we accomplished in those meetings still stands out as leading edge to this day. It is fortunate when a special group of people put their energies together. The News By Degrees Journals will be made available on line through the RASA School of Astrology in the library section.