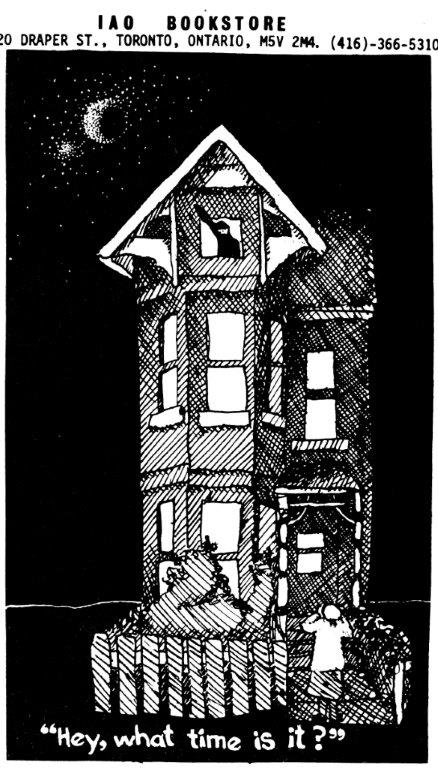 The IAO Astrology Bookstore began officially in February 1974. For the year or so below I had been ordering books for my astrology classes. In February I borrowed some money and bought the remains of an occult bookstore that had closed. My office was in my home at 20 Draper St. in Toronto and it doubled as the bookstore. There are no pictures of the interior of the bookstore but there is a drawing of the building done by Leita McDowell. It was used for the cover of the first store catalog.

Astrology classes were held in schools and other centres, and the students maintained a steady customer base.

Shortly thereafter the Canadian Independent Order of Astrologers began and the store developed a bigger base as a result. 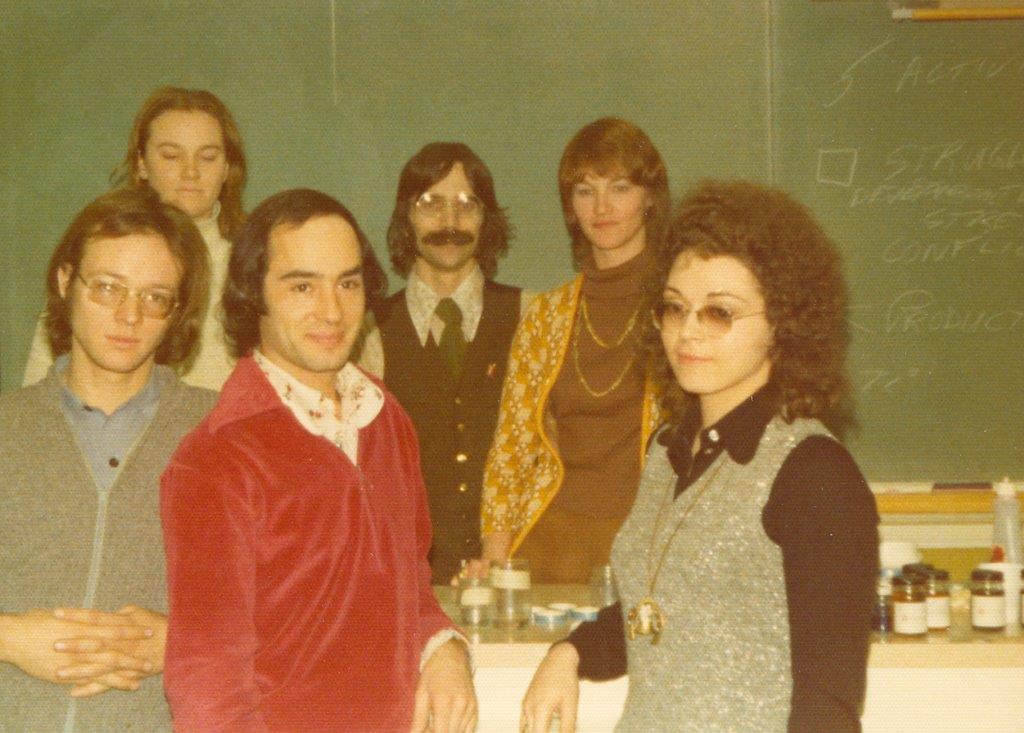 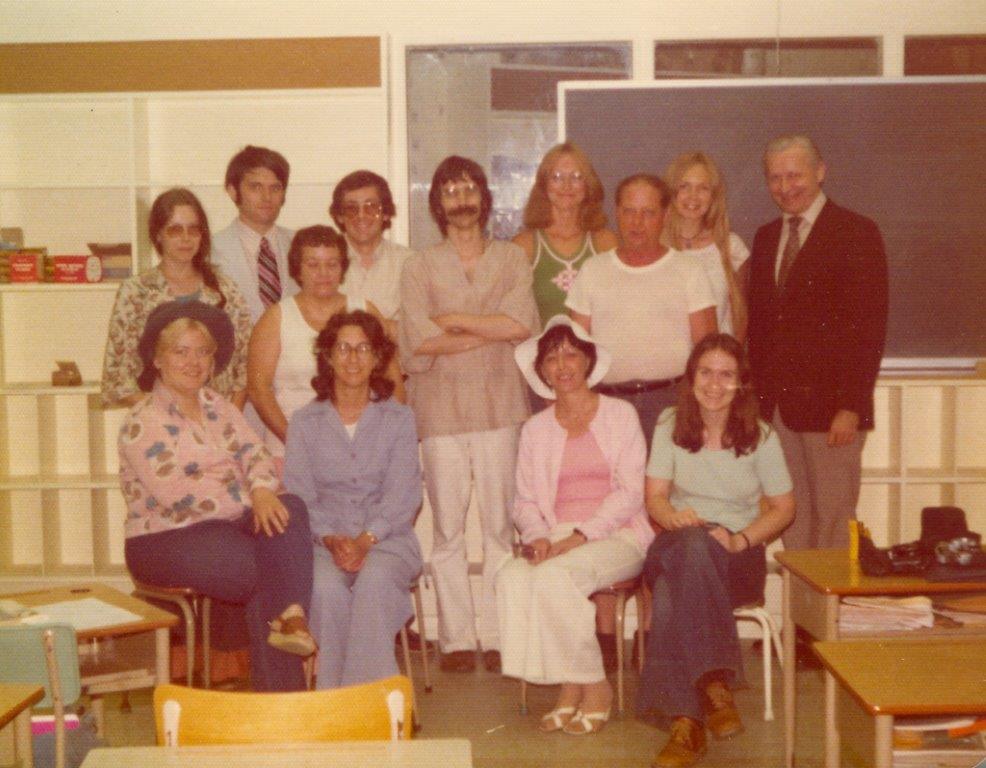 There was a store and a workshop/classroom and a large warehouse space in the back. It was a big step up for the bookstore and it specialized in astrology related material. In retrospect this narrowed the market and customer base. The bookstore only survived for two years. It died at the end of 1977. Once again few pictures were taken of the inside of the store….. this was before digital pictures. 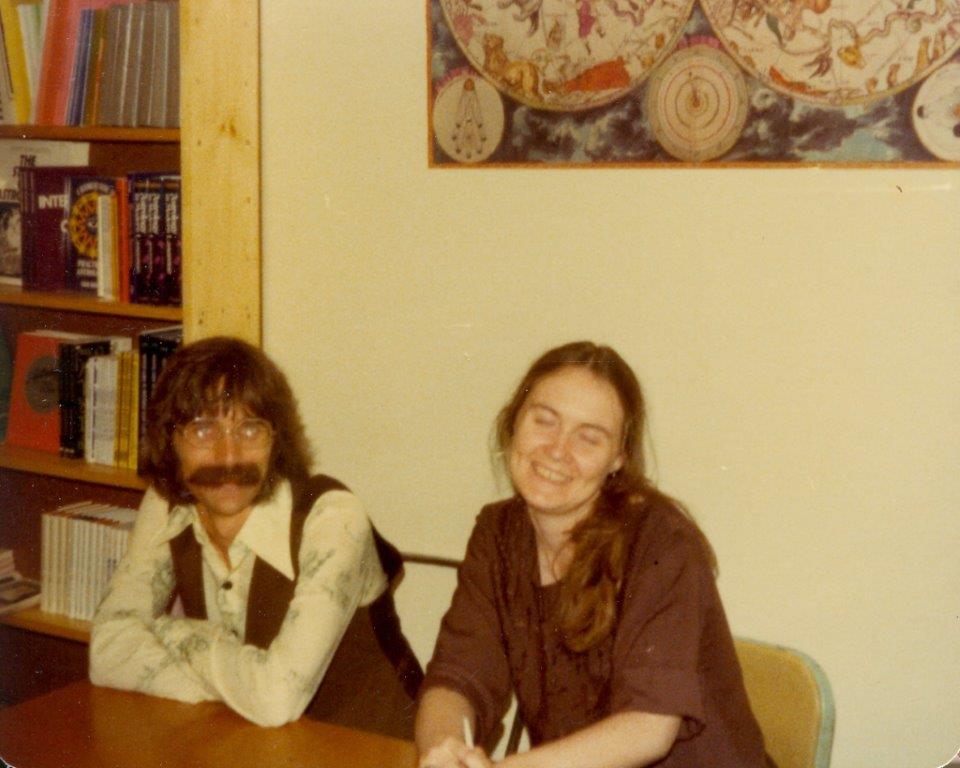 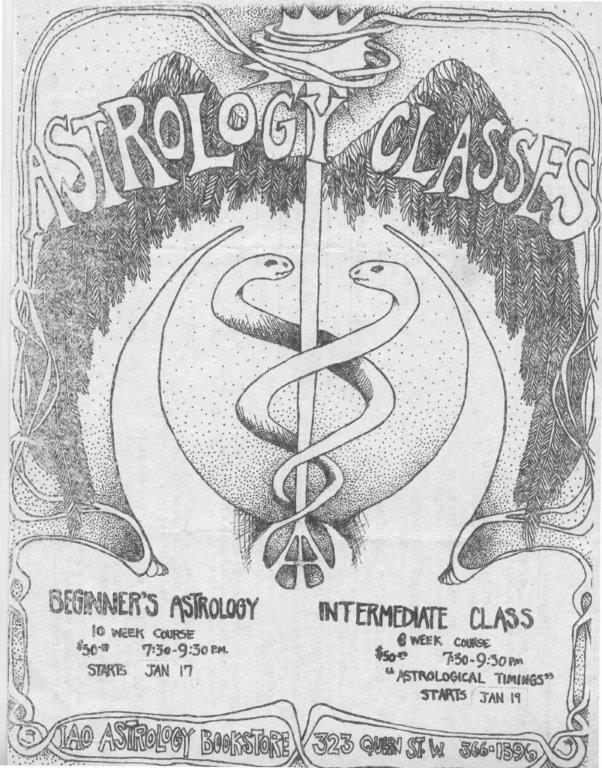 During these two years at Queen St, the IAO Bookstore held many classes and workshops, bringing in some world famous astrologers, like Charles Jayne, Eugene Moore, William Bento, and numerous others. 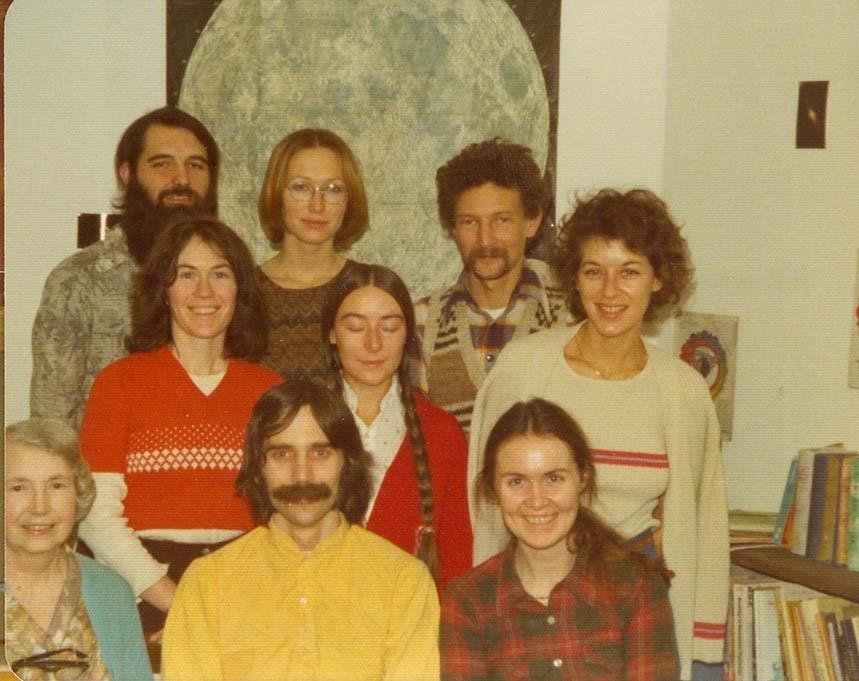 It was an exciting and inspirational place, but the expenses exceeded the income and that brought about the end of it.